As a tribute to the little things I am enjoying about living in the United States, last week’s post got me thinking.

The last two months have signified an extreme up-and-down journey for my family and me. And, like I recounted, America seems to be a land of extremes.

Can I start with the elephant in the room, please?

There. I said it. It’s something I’d say is pretty common within my friendship circle, and certainly back at home in Australia. It might be common, yes, but it’s rarely mentioned in conversation. Here in the United States, however, a lot of the Americans I’ve met make their religious affiliations known as soon as you meet them.

Uh, no. Not yet! I smile to be polite, but mainly to hide my discomfort.

They talk about people they know who’ve gone through a difficult time and say “I’ll keep him/her in my prayers”. You do something nice and instead of a simple thank you, it’s “God bless you”. Even smack, bang in the public sphere, celebrities “thank God” for their awards. I admit it: it’s curious, and a little baffling.

My point is this: a person’s fit for presidential candidacy should not be judged by their religious beliefs. How about we start by judging them on their ability to lead?

And despite there being a constitutional firewall between religion and politics in the United States, who hasn’t heard the President offer prayers for victims of disasters, or proclaiming “God bless America” at every public event at which he appears? Of course, religion stamps its influence on all sorts of issues – from abortion, to businesses’ openly withholding services from same-sex couples. Hell, religious leaders even get involved in endorsing political candidates!

But alongside the devout and pious (mainly Christian) fundamentalists are some of the most brilliant secular minds in the world. Think Thomas Edison, Jennifer Michael Hecht, and Madalyn Murray O’Hare (best known for fighting to have prayer & bible reading removed from American public schools) to name just a few. I’ve also noticed that there’s a huge population of both religious and non-religious people fighting hard on issues like reproductive choice and women’s rights.

One thing’s for sure: when it comes to religious beliefs, whatever side individual Americans seem to assume seems rife with unapologetic political fundamentalism.

At least it means that those fighting for good won’t stop at anything less! 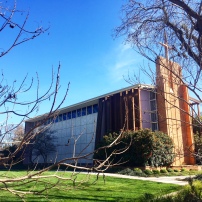 The other major difference I’ve noticed is the American education system’s no-holds-barred approach to academic achievement.

Yes, you’re right. And yes, it starts in pre-school. In Australia, we had an awesome Kindergarten and a particularly awesome childcare centre. It was mainly play-based and about kids’ learning in any way they liked. There was freedom! Kids could paint or draw or build or do puzzles. They could do absolutely anything they chose.

And then we arrived here. We toured many pre-schools, all the while searching for the right fit for Clara. I was handed detailed notes on what curriculum was taught at each centre (there’s a curriculum for three-year-olds?) and brochures on what languages and STEM (science, technology, engineering, and math(s)) subjects were available to learn. I was overwhelmed! Clara was three (almost four) and all we wanted was a nice, cosy place with friendly staff where she could have fun, make friends, explore her interests, and be cared for.

Too much to ask? Well, yes. Maybe.

Silicon Valley does have a reputation for a supremely intense parenting style. Parents here are high achievers from around the globe. There are the ‘Stanford parents’ (a term people seem to use to describe the academics from Stanford who push their kids into a multitude of activities and demanding educational programmes). There are also the parents who’ve moved here from other countries and other parts of the US to work a dream job, and who will stop at nothing to push their kids into the same field.

The terms ‘helicopter parent’ and ‘tiger parent’ would be accurate to use here. For all I know, maybe this is where they originated.

I frequently meet parents in the park who have their two, three and four-year-old children enrolled in five or more classes per week. We’re talking one or two language classes, a coding or engineering class, a chess lesson, a couple of sports, and perhaps a musical instrument lesson or drama or singing or dancing. There’s little time for boredom, and as a result, little time for creativity.

I don’t know how the children survive, let alone the parents. And here I am with the simple goal of surviving another day without my kids killing each other. Or me.

At the other end of this curious extreme, there are those who rebel against the system. There’s a growing movement among more progressive parents of ‘letting kids be kids’. There are also schools that actively embrace this child-centred approach. There’s a local school, here in Palo Alto, that I stumbled across where it’s okay for kids to achieve at different stages, ages, and levels. Students are encouraged to follow their individual aptitudes and passions, and there’s much more free time scheduled throughout the day than in the mainstream schooling system.

Cam and I have found ourselves having to make a choice between a strict, academic education, or a freer, more creative model of inquiry.

But seriously, who am I kidding? As if we need to think any more about it. I choose creativity and freedom. 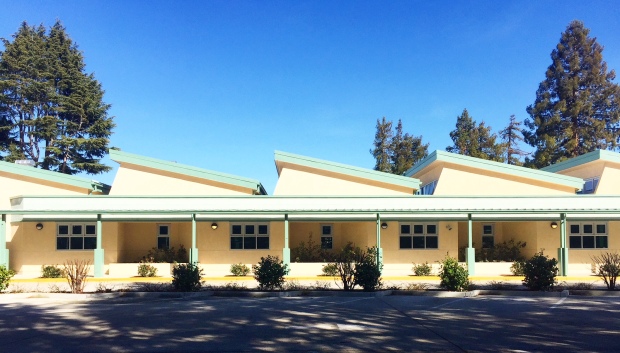 Now, I’m hardly the first person to note that the portion sizes and type of food common in the United States are… you guessed it: extreme. This is a country where a small coffee is literally the size of my outstretched hand. It’s where children are fed fruit juice, soft drink, and milk in restaurants, all without a glass of H20 in sight. It’s a place where meals are so large that it’s completely normal to ask to take leftovers home with you (yes, a doggy bag… any Melburnians in the house?). And the burgers here are so big that I spend 10 minutes just philosophising about where to take the first bite. One side serve of chips (fries) is enough to feed a family of five. ‘Bigger is better’ is a philosophy applied liberally to anything edible, served anywhere.

Settling into our new lives, we ate out frequently. It didn’t take long before we realised that one meal would be more than enough food, even when shared between the five of us. We were all gaining weight. Rapidly.

Where the f**k is the salad?. Just feed me salad. Please.

But then, at the other end of this extreme, you have that Californian obsession with fitness and health foods. If you’ve ever watched TV, you’ll recognise it: that glowing, blonde, gym-fresh babe with the green juice in her hand. How the heck that kind of image lives alongside the American (food-related) dream, I’ll never know.

There are a bunch of places around here that trade on an emphasis onf ‘farm-to-table’ eating. Fresh, organic food from local farmers and producers, prepared and served with minimal interference. As you can imagine, I’ve jumped on the bandwagon. I’ve even managed to find a Whole30-approved delivery service!

In considering this post, I did stop to ask myself: is it all that bad? Do the extremes actually bother me that much? Well, it’s easy to think ‘no’ as a relatively new immigrant, but I’m sure that in time, they’ll start to become a part of daily life. Perhaps it’s the extremes that colour the country. Perhaps they make it interesting, at least when they’re not causing harm.

And perhaps it’s these extremes that actually define America; rightly or wrongly, of course.

It’s a roller coaster of an experience, that’s for sure. I’m happy to ride it, but I sure hope the bloody brakes get turned on soon!