I’ve survived my first week flying solo with the kids. You may shake your head and think ‘big deal, millions of people around the world look after their own kids. And PS: some do it full-time, without a partner’. That’s true, of course, and my hat goes off to them. I’m just not sure I was made for the job!

We are, at the moment, in a tiny, two-bedroom corporate rental (thought: can you call it a two bedroom apartment when the second bedroom doesn’t even have a window?). The place has polished concrete floors and glass furniture. There is definitely no outdoor space, so it’s obviously just perfect for kids. And because our shipping is still en route from Australia, we’re also living without any of our home comforts.

For the kids, that means life without toys. Combine that with a lack of space and there’s no doubt you’ve got the perfect, failsafe recipe for mad children. I’m talking totally mad. Desperate for entertainment, they clamber over glass tables, slide doors shut on each other, wash their hands in the toilet, and ride around on suitcases, all of which are activities that end in tears. And then there’s a very ranty me: get off the table! Don’t stand on your sister’s head! Stop wrapping Cece up in toilet paper! And that’s all before breakfast.

Last Sunday night, mere hours before my first solo gig was due to commence, I suddenly became super anxious. There were tears. There was difficulty breathing and a lot of nausea. A lot of calm, deep breathing helped me cope. Sometimes the anticipation is worse than the reality, I reminded myself. You’ll be okay.

On Monday morning, I stared in the mirror and without skipping a beat was compelled to strike the superhero pose I once saw on Grey’s Anatomy. It’s actually a thing – if you’re intrigued, you should try it! I held the pose, counted to 60, very slowly, trying desperately to get myself in the right mindset to tackle the week. I think it helped; I’m not the sort of person to say affirmations or meditate or try this sort of thing, but in the end I was pleasantly surprised.

Each morning, so far, has begun a little something like this: once we’re all fed and decently dressed (and by decent, I mean we have clothes on – they may not be clean and they may be the wrong size, but we are clothed), I bundle the girls into the car. An hour and 500 negotiations later, we’re on our way. Boy, am I glad that I studied negotiation and mediation at Uni. They’re proving to be very handy skills. But these are the toughest clients I’ve ever encountered: not many of those highly developed techniques seem to work, unless it’s pure bribery: get in your car seat now, and I’ll give you a snack. Can you please calm down?!

The response: ‘I’ll calm down when I want to calm down, Mummy. And that will be when we get home’. Screeching resumes.

With all this at hand, I’ve really needed time outside. And so it is that I’ve undergone a miraculous transformation into an avid playground dweller. I’ve spent at least 20 hours this week in playgrounds. The playgrounds here in Palo Alto are pretty good, and most of them are fenced so I needn’t worry about errant children running in front of cars. Here they can run wild, climbing and jumping and making as much noise as they want. Truth be told, however, I’m getting a lot of odd looks from my fellow playground dwellers. I don’t think American kids are as noisy as Australian ones. Or maybe it’s just that my kids are particularly raucous.

Park dwelling has been my saving grace, in a way. I follow Cece around, watching her learn as she tackles the various outdoor activities around her. She’s just learnt to climb, and when I’m not paying attention manages to get herself to the top of an awful lot of equipment. Incredible! 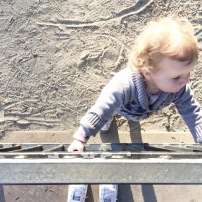 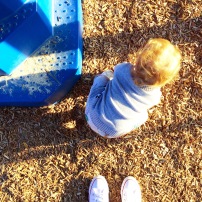 Perhaps parks will be good places to meet people, I thought. But nope. Not the case. Because many mothers work full time, most of the kids are with nannies, and many of the nannies don’t speak English. As much as a I try to smile and engage with my fellow playground dwellers, everyone seems to have a sixth sense for who’s a parent and who’s a nanny, and thus tend to keep to themselves.

Courtesy of my frequent park dwelling time, I’ve found that it’s not taken long for my fashion to begin a transformation. Gone are the dresses and ballet flats, and it’s hello to pants and Converse.  It’s a whole new world for me! And I must say, it’s a whole lot comfier! (Note: I refuse to allow this transformation to be the beginning of the slide into the Silicon Valley uniform of jeans and a hoodie.) I’m not sure what to do with all my lovely dresses. Perhaps I could save them for date night? Ha! The ultimate pipe dream. 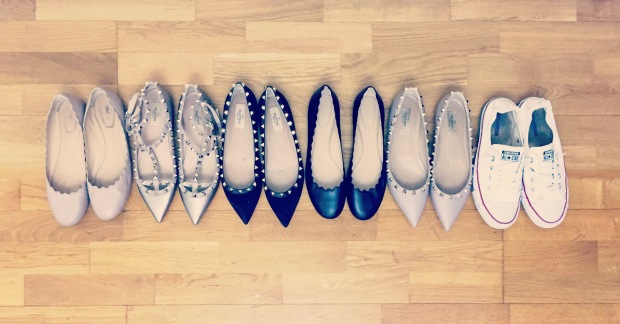 Anyway, on the upside, I’ve met a couple of people. Yes, I’ve met some friends! There’s one in particular who’s been just fantastic, and in the most unexpected ways as well. For starters, we ‘met’ on Facebook. She’s originally English, was living in Sydney, and is now here in Palo Alto with her husband and two children. Mercifully, she appears to be of the same mindset to me and we’ve been able to talk childcare, shopping, coffee, kids, wine, travel etc., each little conversation going a way to helping me feel less alone in this huge period of change.

How do I know she’s on my wavelength? Well, her texts go something along the lines of this one, sent on the eve of this crazy week: 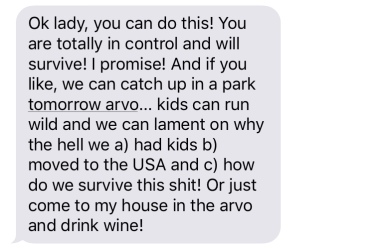 She even insisted on looking after Cece for a couple of hours while I took Clara and Coco to trial a pre-school. It certainly didn’t make her life any easier but she was willing to help me out. It’s amazing how a seemingly small gesture can mean something so big.

And I’ve got to say, I know that this week was a big one for Cam, starting his new dream role and all, but I’ve really appreciated the people who’ve checked in with me to see how I’m going and to wish me luck. This is also a big, new, and sometimes overwhelming challenge for me. This new friend of mine, for example, has checked in with me regularly via text message, Facebook, whatever. Despite her own upheaval and life happenings, she’s offered me both moral and practical support. It’s meant the absolute world.

Of course, I miss my beautiful friends and family from home. But we’re texting and Skyping and Facebooking regularly. And distance won’t damage the relationships we’ve built. I know that they’re present, strong and lasting, regardless of distance or time difference. We really can thank the digital world for bringing us all a little closer. There’s something so wonderful about considering the breadth of technologies we can access these days.

It’s not all gloomy, however.

The other day, I was also handed the opportunity to have dinner with someone I’d never met. A friend-of-a-friend; a blind date, of sorts! And boy was it enjoyable. The food was great, the company even better, and I totally got to don my black boots, tights, knitted dress and leather jacket. The Melbourne Clare I know so well was totally back in the house. Bring on more nights out!

And sometimes respite arrives in the most unexpected of circumstances.

Sometimes, it comes from spending time on my own. I did, for example, find a wonderful moment of sanity in a solo trip to the supermarket. Cam was home from work, so I walked to the shops, taking my time, and shopped while pushing a trolley and not a pram. I didn’t have to yell at anyone or stop anyone pushing over displays of fruit or glass bottles, and I had the opportunity to actually look at the goods on the shelves, stopping to pick things up and consider my options. It was, quite simply, divine. I picked up some treats, spent far too much money, and walked home feeling a million times better.

Other times, the respite comes from my girls. Coco, for example, keeps coming up to me, patting me, and asking ‘alright, Mummy?’ closely followed by a cuddle. Her concern is coming from a beautiful place.

We’re raising great little people. Kids with zest for life and a hunger to learn. Now I just need to do a better job at remembering that I too am only human. 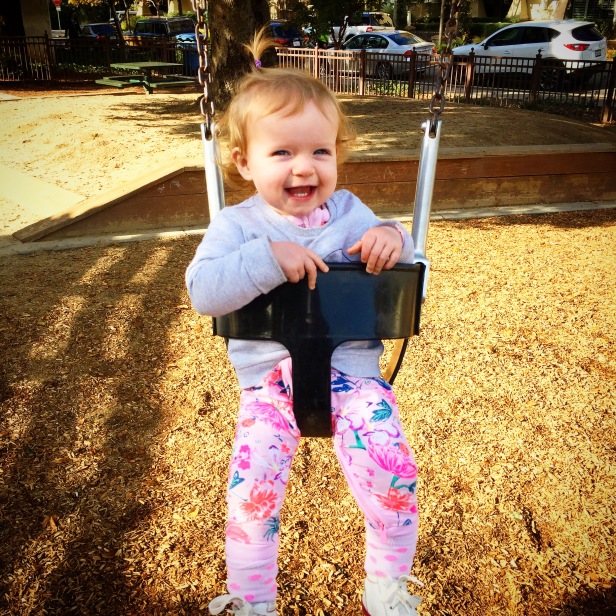 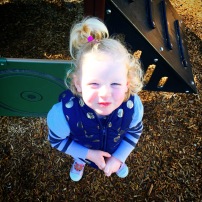 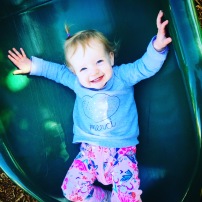 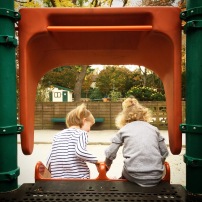 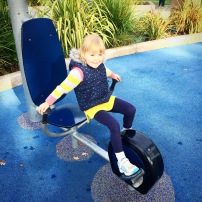 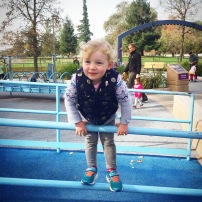 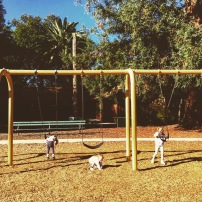 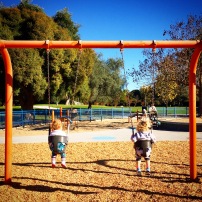 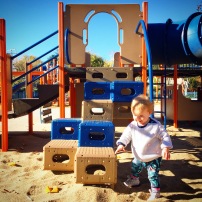 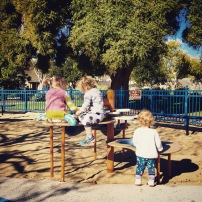