Charlotte’s is the fourth and final in a series of interviews: A Shared American Dream. In each blog, I’ve explored a single, central, cutting question:

Is life in the US all it’s shaped up to be?

So far in this series, we’ve met Mia, Zoe and Kathryn, three women who’ve done a heap to shape my experience of expat life so far. And boy oh boy (woman oh woman?), what a ride it’s been.

But there’s one more person I want to pay homage to. Someone who right from the get-go completely put herself out there (like I did, I guess) and welcomed me so warmly.

You might remember that early on during my time in Palo Alto, I decided I needed more friends. Desperate for connection and a break from my life flying solo with our girls, I popped a post up on a local facebook page.

And who should be the first to get in touch?

A woman called Charlotte. Little did I know that she’d become one of my closest friends.

You remember those huge learnings I had while interviewing for my current job, right? Well, to even get a look-in for something like that requires a huge amount of work, something this gutsy-albeit-a-little-hesitant Australian wasn’t totally ready for despite my craving for new work-related challenges at the time. Charlotte was the person who did a whole lot of that initial professional legwork for me. She set up the meetings, managed the introductions, and linked me up with all the people that mattered. The result? My job. And a huge amount of personal and work-related satisfaction at that.

Since those early days, we’ve travelled together, worked together, celebrated her 40th birthday in Palm Springs, she’s built her forever home, *and* she’s just had her second child too. Charlotte is a total wonder woman.

This is Charlotte’s story. 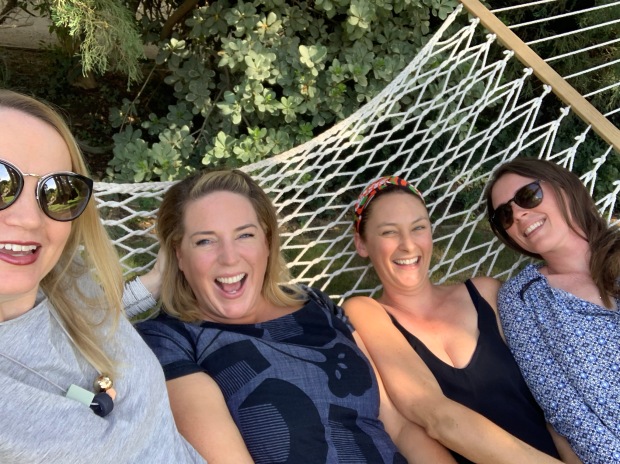 Palm Springs for Charlotte’s 40th! Charlotte on the far left, with me, Zoe and Kathryn.

Whereabouts are you originally from?

Whereabouts did you move to SV from?

Fulham, London, UK. I moved to London in 2005 when I joined the company I work for now. Before that, I was based in and around the northeast of England.

How long have you been in Silicon Valley and what brought you here?

I’ve been here 8 years and 5 months now. And what brought me here? Well, work and work-life balance, really!

My employer relocated me back in October 2010. I was in London, working for a Silicon Valley-based company, working US hours. I needed a break. I figured that if I could be based in the country whose hours I was working, I would actually get some proper sleep… and perhaps get my social life back!

Did you have friends here before you arrived?

Yes, thankfully, as I was a regular business traveller from 2005 to 2010. I had friends (at the company I worked for) who I’d regularly hang out with when I came over on trips. We’d always make time for a wine on the weekend. The rest is history, really. My dear friend Andrea and I have been drinking wine in and around Napa for the past 14 years!

In three words, describe how you’d imagined Silicon Valley life to be before you moved here.

Can I have four? Or maybe three if you de-dupe something like ‘work hard, play hard’…!

In three words, what were your first impressions of Silicon Valley?

In three words, describe what you think of it now.

Bust a Silicon Valley myth for us!

Silicon Valley is at the cutting edge of technology!

…ah, except for banking.

Okay, seriously. Let’s talk ‘Chip and PIN’.  In 1998, I was using Chip and PIN in Australia, and in the early 2000s, it came to the UK. When I moved here, it’d been about 10 years since I’d had to sign a receipt! You can’t imagine how excited I was to find out that Chip and PIN was coming to the US a couple of years back… until it arrived and it was ‘Chip and Sign’. Still no PIN. WTF?!

Cheques (that’s cheques and not checks… yep, I’m holding onto it). Before I left the UK, the [UK] banks had issued a notice saying they’d soon cease production of cheques and that they’d be phased out over the coming couple of years. When I arrived in the US, cheques were still in full force, and believe it or not, they’re still popular today. I wouldn’t have been able to complete my various construction projects without paying for most things using a cheque. I found myself writing over 200 cheques to contractors and subcontractors for payment for goods and services. Banks have even developed sophisticated cheque-scanning applications to automatically deposit them via an app.

Yep, you heard correctly: developing technology to handle cheques. It still blows my mind. Just get rid of them already, people!

BACS (Bankers’ Automated Clearing Services): The ability to send funds to a friend or to pay for services by direct debit. When I first arrived in the US, these services didn’t exist. You had to PayPal or Venmo money to friends and family. Banks slowly started to develop their own solutions, such as Zelle, but it’s taken a long time. These services are relatively new and didn’t exist when I moved here. And when money does transfer from bank to bank, it takes a few days, whereas the UK was either same day or one business day. I have often wondered where the money goes for a few days and who earns the interest!

Reinforce some Silicon Valley stereotypes for us. What’s totally true about living here?

Silicon Valley gets the latest technologies before the rest of the world!

Some won’t be as familiar with that term as others, I guess. Well, as it generally happens, many of the major tech companies will release their software and/or hardware as beta and test it out in the local Bay Area before releasing it to the greater US, and eventually to the other regions. Being in Silicon Valley, you get to try out things like the latest delivery services, self-driving cars and home automation technologies before friends and family back home. It’s cool!

Something else: everyone drives electric and self-driving (semi-autonomous) vehicles.

It never ceases to amaze me how many electric vehicles you see on the roads around here. When I go back to Europe, it shocks me that there are so few. Granted, the number has started to increase, but not to the levels we see here.

There’s one other thing I have to mention: when you view a property that is US$2M and it’s essentially a shed, and then you think “…hmmm, not bad for $2M”, you know you’ve been here too long.

What do you love most about living in the Bay Area?

The weather (although I’m questioning this given the recent wet spell). When you come from the UK, it’s probably the greatest difference. Your mood is elevated, the days feel longer, and weekends are usually spent outside enjoying your surroundings.

What do you loathe about it?

Being so far away from family is really hard. My family are still based in Europe which to get to is a long flight (with jet lag). With parents who are getting older, I worry about what I’ll do if they get sick and I need to look after them.

What is the biggest challenge you face in terms of living in Silicon Valley?

Probably what I loathe about it: being so far away from my parents.

What do you miss the most about where you came from?

A good, old British pub. Dark nights, a roaring fire, and roast beef and Yorkshire puddings on a Sunday.

What does Silicon Valley do better than where you came from?

From a career perspective, I’d have to say job opportunities and career advancement. From a personal perspective, I love the proximity to so many spectacular places. It really makes you make the most of the weekends.

How do you feel raising kids differs here than where you’re from?

That’s a tough one to answer as I haven’t raised kids in the UK. However, from my experience raising two under two and talking with friends back in London, I’d say that the hardest part I’ve experienced so far is the appalling maternity leave policy here in the US. 40 percent of women don’t even qualify for the Family Medical Leave Act (FMLA) which grants 12 weeks of protected job leave, unpaid.

To put this into perspective, the United States is the only developed country to not offer paid maternity leave. Compare this to the UK which offers 12 months of protected job leave and around 6 months on full pay. My workplace is fairly generous with its leave policy, offering an additional 6 weeks unpaid post the FMLA 3-month period. For this 6 week period, you can even use sick pay and holiday pay to enable you to receive an income. It’s not great, but it could be far worse.

Do you have any concerns raising kids here?

I think every parent probably has concerns raising their children in an environment with such a strong competitive academic focus. Knowing what that pressure can do to a child is frightening. However, I have to say that with a husband who attended Stanford and who was raised in an Eastern European family, the pressure for the children to be successful would be there, regardless of the location we lived in.

I think you need to have an open mind and a strong relationship with your child, their friends and their teachers to ensure that you support them and know what’s going on at all times. For now, we’re convinced that our son is going to be a football (soccer) superstar… so perhaps I don’t need to worry!

How long do you think you’ll stick around here?

Forever! With a weekend home in Wine Country. We haven’t got any plans to leave at the moment. We’ve set down roots and this is where we both intend to raise our family.

What would you move away for?

A job offer with my firm, at a different location. But it’d have to be a pretty spectacular offer. 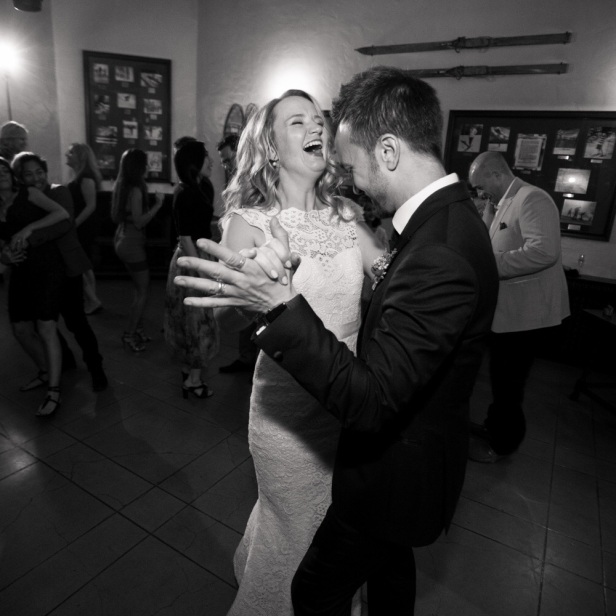 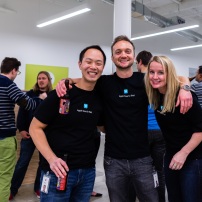 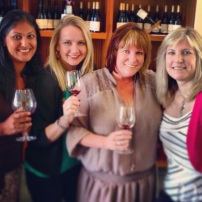 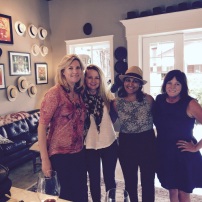 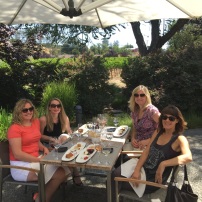 Friends and colleagues over the years

One thought on “[38] A Shared American Dream: Charlotte”