Inspired by your suggestions, dear Reader, I have decided to revisit our kids’ Big Little Perspectives and dedicate this post to the children and their experience(s) of settling in.

This is what Cam and I told each other when we first decided to make the move overseas. Cece wasn’t yet one. Coco was only just two. Clara, three. People looked at us like we were mad! Surely we wouldn’t consider moving abroad with three kids under the age of four?

Maybe it’d be better to wait.

…but wait for what?

I know there are many arguments both for and against kids’ moving internationally at different ages, and I know that for some people it’s something that’s out of the question entirely. For us, living abroad was part of our family plan. Sure, we’d thought the destination might be Europe. And sure, it wasn’t something we were actively planning. But the more we thought about, the more we wanted to grasp this opportunity and run with it. On top of my (mainly external) concerns (see: Trump, guns, and Bay Area rental (un)affordability), at the very top of our list was considering exactly what the move would mean for the girls.

As we saw it, moving kids at this young age was going to be easier than moving them when they’d already started school. Right now, they really just need love, food, routine and a roof over their heads, right?

Sure enough, the kids were, well… pretty cool with it all. When we introduced the idea, Clara, for one, asked things like:

“Do they have toys in America?” (lol)

“Where will I go to Kindergarten?”

“Will my friends come and visit us?”

The answers to some of these questions were tough. But the kids moved. We all moved, and we did it well. We haven’t looked back since.

Six months in, I’m glad to say that the move has, still, been almost uneventful for the kids. They seem to have adapted incredibly well. Clara’s been loving pre-school, and – much to my astonishment – is about to start school. Actual school.

Well, at least she’s excited. That reduces the pressure on us, just a tad! It really is a crazy feeling when your first-born’s getting ready to start school.

Now, where did that time go?

Having said all this, and having observed just how comfortable the girls are here in the States, we do still try to keep them connected to their Australian roots.

And, no… (unfortunately) that doesn’t mean gorging on Tim Tams and practising pulling friends’ legs about riding kangaroos to school.

We do, for one, talk regularly about Australia and build Australia-related conversation into our daily discussions. We read books by Australian authors and talk about what makes Australia unique. Put simply, we celebrate it. We even do cheesy things like make Australian food for parties (hello, chocolate crackles, honey joys, and fairy bread!). 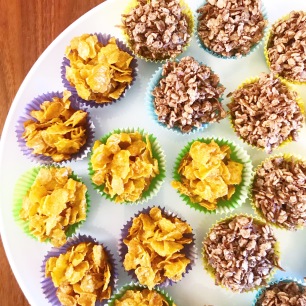 Speaking of which, I just made the most amazing discovery. There’s an Australian shop just five minutes from my office, and it’s the only one in the United States! I mean, what are the chances? It’s bankruptingly expensive (like $35 USD – that’s $50 AUD – for a tin of Milo, albeit a large one) but so wonderful to know it’s there if I need a late night Barbecue Shapes fix. And let’s be honest… who doesn’t, once in a while? 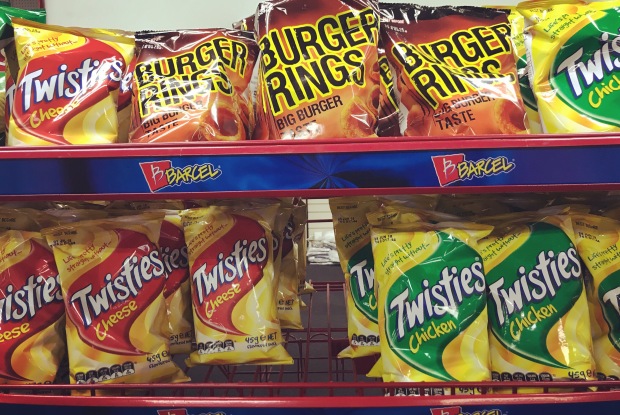 I even just learnt that there’s an Australian exhibit at the San Francisco Zoo! Better lock in a date to see those ‘roos…

Most importantly, though, we keep in regular contact with our friends and family back home. Skype, FaceTime and Messenger are a life-saver and help us (and the girls) feel super connected to both our family and friends.

Thanks to the wonder of technology (I guess I should be thanking some major Silicon Valley tech firms here, *cough cough…*), the world feels a whole lot smaller. And that, my friends, has been an absolute blessing.

Have I noticed any changes in the girls?

You bet I have. Oops, that’s one right there.

Clara’s started coming back from pre-school with some distinctly American phrases under her belt; ‘you bet’ being one of them! Cute, huh?

It took a few months… but in the grand scheme of things, it didn’t take as long as I’d hoped it would. Within weeks of starting pre-school, Clara’s accent and terminology underwent a huge metamorphisis.

At first, it was the occasional word:

“Mummy, I left my sweater at pre-school”.

“We had popsicles today!”

But it soon progressed to the full alphabet, so to speak. Yes, she says ‘zee’, instead of ‘zed’ for the letter Z. Eugh.

Oh well, I remember comforting myself. At least she still calls me ‘Mummy’.

Clara, what are you talking about?

Who taught you to say Mommy? It’s Mummy!

We can bake ‘biscuits’, Clara.

Some days it’s ‘Mommy’. Some days it’s Mummy. I detest the elongated drawl of ‘Mommy’ but I’m learning to live with it as I’m pretty much sure it’s an uphill battle I won’t win.

I suppose in some ways, Clara has learned to adjust (and be more accepting) as well. In the beginning, she indignantly correctly people who pronounced her name ‘Claire-ah’ instead of ‘Clah-rah’. Now she just rolls with the ‘Claire-ah’ thing. Brave girl!

And what other words are infiltrating her vocabulary nowadays?

Well, firstly, there’s ‘potty’ for toilet – which makes me cringe. I mean, it’s a toilet, for god’s sake! An actual, flushable toilet. That is absolutely not a potty. Plus, the word makes me nauseous.

There’s ‘candy’ for lollies, and ‘play structure’ for playground (corporate, much?). There’s ‘sidewalk’ for footpath, ‘sand box’ for sandpit, and ‘jumping jacks’ for star jumps. Oh god. And there’s ‘cart’ for trolley, ‘cotton candy’ for fairy floss, ‘ketchup’ for tomato sauce, ‘jelly’ for jam, and, confusingly, ‘jell-o’ for jelly. It’s crazy just how much ‘new’ kids take on!

This is jam. Not jelly.

But it’s not just the words… it’s the accent too. Clara’s, for one, has most definitely changed. I now have a kid with an American accent, people! Jam is said as jy-aaaam. Apple as ehhhhhh-ple. Whoah. I knew it would happen, but wow… I was so not ready for it to happen that quickly. Think Cher Horowitz of Clueless and you’re kind of close to what I’m hearing these days. Or, more likely, what we’ll be hearing in ten years if we’re still here.

On a more serious note, the girls have actually taught me a bunch too. They’ve been beautifully adaptable and have dealt equally as well with the change.

And you know what? I’ve realised something. That kids take things on face value.

They don’t see a run-down house that needs a renovation. Or an overload of beige. Or a lack of furniture and no art on the walls. They can’t tell the difference between IKEA and Eames. While my first impressions (and our current living environment) have caused me great anxiety, the kids haven’t seemed to react to it at all. Even before their toys and books arrived from Australia, they found things to entertain themselves. Doonas and pillows and chairs and boxes could all be used as props to play games!

I aspire to be as chill as these darling kids, I really do.

And you know what’s extra cool? Kids don’t see a person’s colour or background. Accents, other languages, a different skin colour to their own… they just take in their stride with no judgement. All in all, it’s refreshing to see kids being kids. To see them focussing on what really matters: what’s inside a person. To see them having fun.

Perhaps Cam and I could learn to take onboard their approach.

Maybe… just so long as I don’t get an accent.

Having launched into a post about my children and their experience settling in the United States, I’d like to acknowledge the horror unfolding on the Mexican / US border where families have been separated – and remain separated, imprisoned in cages – in their attempt to seek a better life across the border. It breaks my heart that this is happening, although, quite frankly, nothing much surprises me in Trump’s America. There has been a huge amount of outrage, from around the world, on this practice, and Australians have been quick to speak out against it too. Having said that, something that doesn’t sit so comfortably with me now is how much of this outrage is directed solely at the United States when Australia too has a history of treating refugee peoples so horribly.

I mean, maybe we could all do better, Americans and Australians alike, in how we treat children. Maybe? Of course we could.

If you feel you’re able, you could consider donating to one of these organisations: either RAICES, or the Texas Civil Rights Project.